Hair and beauty booking service Treatwell has teamed up with Public Health England, to bring the conversation about cervical screening into salons and encourage more women to book a smear test. Such a great initiative – the numbers for people attending a smear test are so low so great to see people taking action to encourage people to get their smear test done! 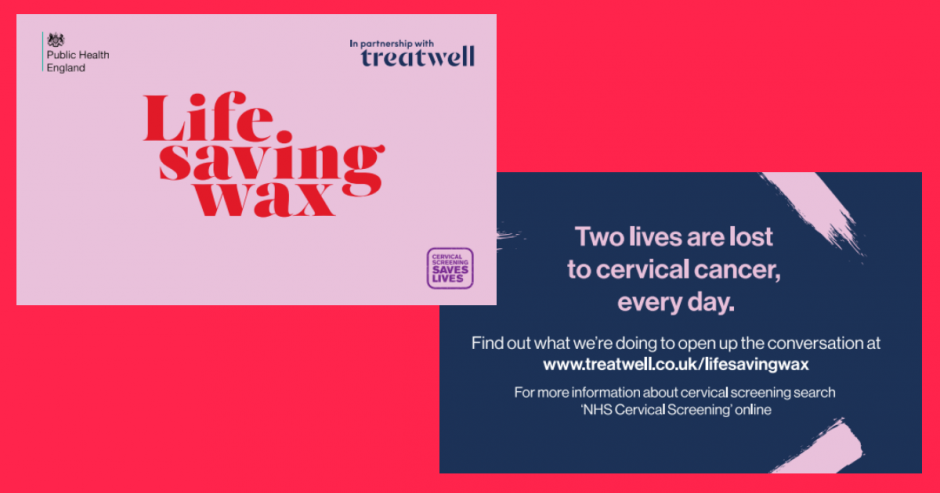 The campaign forms part of Public Health England’s wider ‘Cervical Screening Saves Lives’ campaign which was launched earlier this year and marked a first for the government-run body.

“When we heard that women feel embarrassed about attending screening, or that they don’t know enough about what cervical screening is for, it really shocked us,” said Susan Judge, group head of communications at Treatwell.

“Women’s health means a lot to us and so we wanted to use our position as a business engaging with thousands of women in the UK every day, to speak to women directly in environments in which they are more likely to engage. By talking more about this important topic, we can remove the stigma and embarrassment around screening and can ultimately save lives.”